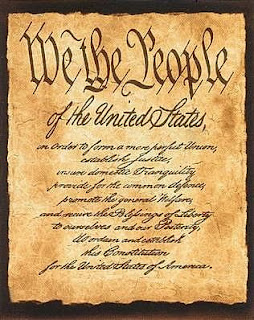 I ask you Patriots to consider this image: 300 III Patriots meet in Washington DC and sign our names in ink on a parchment that formally declares our discontent with the unconstitutional behavior of our elected politicians and the bureaucrats they control.

That parchment demands a return to Constitutional parameters.

Imagine those 300 Patriots wearing exposed holsters and rifle slings, exiting a DC Hotel and walking down the National Mall to the steps of the Capitol and proceeding inside, where we deliver that handwritten parchment to a representative of our elected Congress, on the eve of an election.

Consider the power in our silence.

Consider the power of our empty holsters.

Consider the power of we 300 wearing our shirts that declare: This is the last time I ever arrive unarmed...

Patriots: Such a protest has never been done.  Short of showing up with holsters filled, it is as powerful as can be offered.  Patriots with holsters on display need not count into the thousands to make a powerful impact.

Just 300 of us would become the catalyst that forces the Constitution back upon the tongues of political discussions across the land.

50 of us would be strong enough.

A thousand or more would make Washington's Elite tremble, for they know we come from every corner of the republic, from their home towns.

Before you dismiss this concept as a toothless waste of time, consider what happens the next day when we go home...

One final consideration: I have already had contact and support offered by folks I consider to be "mainstream" NRA types, who like the idea of the message that is conveyed with empty holsters.

No other group has yet dared walk into Washington, look our Tyrants in the eye, and tell them to reform, or face our wrath.

How can you not want to be part of that history?