Final Summary of Why 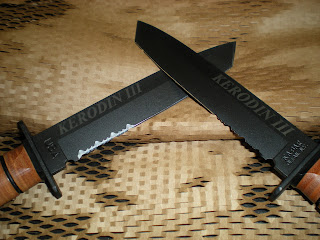 This post is as timely today as when originally posted:

**UPDATE**  Adam L. is a Patriot in our community, and sent this editorial from Pravda to me.  The piece affirms what I posted below, and you'll note that the piece was written just after BO's inauguration.  Here's the link, Comrades.

This will probably be the last time, at least for a while, that I offer a summary of the Enemies of Liberty and how Liberty in America came to be so imperiled.  I understand the issues and I am moving forward.  I am no longer interested in waiting for anyone to catch up, awaken, or otherwise get involved.  Many good people will die in the coming mayhem, and while it sucks to be them, it is time to leave them behind.

If you don't know who Golitsyn is at this point, I will leave research to you.

What is happening in America right now is the end-game of a generational plot by Marxists to defeat America and effectively take control of the world.  They captured our young through the schools.  They captured our courts and politics.  They captured big-business.  They destroyed the ability for America to be self-sufficient.  They succeeded in corrupting the moral compass of the vast majority of Americans.  Most Americans do not know what a backfist tastes like, nor do they know what a genuine day of hard work is like.  American military is unable to fight two conventional wars at once, and our Navy is as weak as it has been in generations.

The only step remaining is to drop the pretense (we are seeing that now) and begin a purge of all people who are dangerous to their plan.  Once the purge is over, the Marxists in the world will have little to do aside from mopping operations.  They have the entire Eurasion continent.  They have everything from Mexico southward, and Canada is as Socialist as Europe.  Africa is not even a player.  The Muslim Horde is nothing but a tool being used, and they will be crushed as soon as their usefulness is rendered null by our collapse.

98% of the population of the world will stand down in the face of American defeat, they will not help and will not care.

You are the end game.  You and your ideals are the final obstacle.  The overwhelming majority of your "Countrymen" support the path we are on today, and the vast majority of the remainder simply don't care.  Make no mistake: When .gov issues an edict to Ruger, S&W, Colt and others to cease selling to the American public, they will comply with little more than a grumble.  When the NRA Membership are ordered to report to local LEO and surrender their firearms, 98% will comply.

Those people who think themselves "Super Patriots" and "Cold dead fingers" types in the gun world will show their protest by burying a rifle or two and satisfying their inner voices that they have stood up to tyranny, while surrendering the rest.

What will be left?  A few of us who mean it when we say Liberty or Death.

We are no significant threat to the machine at the moment, though our ideals are.  That is why we must go.

If you take nothing else away from this post, please heed this graf: A Marxist Purge of historic scale is coming to America at full speed.  Stalin and Mao will be remembered in the history books as amateurs.  Pol Pot nothing more than a Useful Idiot.  BO as the Great Liberator who brought the entire planet under heel.

Do I think all is lost and resistance is futile?

Hell no.  But make no mistake, the odds are at least as bad for us as were the odds that Washington faced.

I think our Masters have mis-calculated their ability to control the crash of the country.  I think they have over-estimated their ability to project force in a deliberate crash.  I think events will quickly get out of hand for them, and they are about to unleash so many variables that they will suffer in their hubris.

I am moving forward.  I am not slowing down for people to catch up.  I am not going to waste a moment in an attempt to win Hearts & Minds or pull the mask of Legitimacy off the face of the beast - for in reality, the Beast is legitimate for it has the consent of the governed.  If you are awake and choose to walk with me, you are welcome.  If you are awake and choose to remain where you are, I will remain forever your ally and will do what I am able on behalf of your Tribe.

Please do not bother me with why my goal is stupid, immoral, or why my goal is untenable.  As has been said: People who say it can't be done should stay the hell out of the way of the people who are doing it.

The best way to avoid a punch: Don't be there.

The best way to defeat a much larger, more powerful and better resourced enemy is to let him defeat himself to the point your entry into the fight can make a difference.

Then: Enter the direct fight and make that difference.

Death is not the worst outcome for real Patriots.  All men die.

How you live is what matters.

No more waiting.  Action, every single day.  What are you doing today to advance your odds of victory, and aiding Liberty?  Your Enemies are working tirelessly. 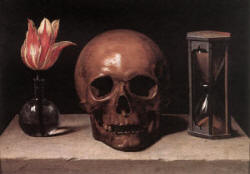