Implosion now has a timeline... 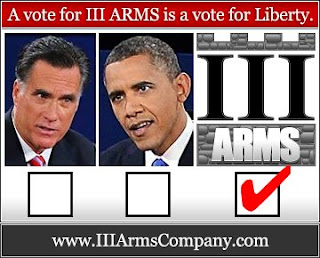 There was a difference between candidates last night.

With Mitt in the White House one could reasonably conclude that his tactics would lead to a likely delay before the camel surrenders.  Mitt shares ideology with the Left, but he is a moneymaker and rainmaker first.  That means he'd have worked in such a manner that would have settled the markets and allowed bubbles to grow for a while longer.

President Obama is an ideologue first, and has no interest in prolonging Implosion.  You don't think a few Patriots are the only people to conclude that a massive reset is required before real change can happen, do you?  The Hard Left wants to move the country much further Left, and they know a collapse is the most reliable way to reach their goals.

Upon the ruins, they intend to lay the Iron Fist.

So, it is reasonable now to conclude that an end-date is November 2016.  For the Hard Left to know they will govern during the collapse, the collapse must occur prior to the next Presidential election.

4 years.  I would contend that is the outside number.  At most, you have 4 years before America goes hot.  The next 1-3 years will be spent imposing more of the Police State apparatus and hollowing out the economic power of our country, exporting more and more of our economic infrastructure to the foreign Enemies of Liberty.

Triggering a collapse of a nation as rich and powerful as America is an imprecise science.  Any number of X Factors could trigger an earlier-than-desired Implosion.  But it is my expectation that if the domestic Enemies of Liberty are able to control this crash, if they are able to ride the stick all the way to the crash site, you and I have 4 years, at most.  Likely, 2-3 before the gloves come off and all pretense is discarded.

The clock is ticking.

I wonder how many people realized last night that the idea of a walled city filled only with armed Patriots isn't quite so nutty a concept...