War: The picture being painted... 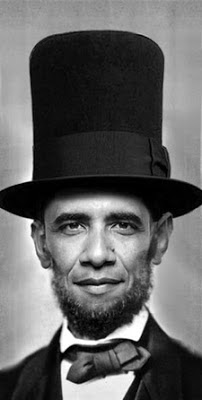 What is the immediate goal of the Enemies of Liberty?

That's an interesting question as we watch the 2A infringement effort currently in play.  But you would be failing in your role as analyst if you do not pull back for a wider view and consider several events in our own community that many of us found curious as they unfolded.  By pulling back for a wide-angle view perhaps we can begin to connect a few dots.

Why are so many White Supremacy racist sites and Christian Identity sites linking III and broader Liberty-sphere sites recently?

Why were secessionist petitions dropped on WhiteHouse.gov and so heavily covered by Big Media?  Why would any modern White House of the United States ever put itself in a position to have to answer the question of secession...unless they want the question to be asked, with all of the inherent Black versus White undertones that must accompany the question.

Why has MSM allowed serious, high-level political animals, from Buchanan to Maddow, to speak of Revolution, War, Secession?

Why is the President giving his State of the Union on Lincoln's birthday?  Why will he place his hand on Lincoln's Bible when he takes the oath?

Why is the Left suddenly charging at 2A so hard?  Politically it does not make sense, unless you are willing to consider "Fringe" possibilities...like they want a Lexington.  2A is one of the few known triggers to War in America...

Why now?  Why is it all coming together within months of the election, at the beginning of a Presidential second term with a government filled with Marxists, supported by more than 1/2 of our nation because they are the direct beneficiaries of Marxist theft...

Those of you who are thinkers have already started connecting dots.  I'm going to offer only a thumbnail sketch because we still do not have all the facts.  However, if you ignore the collection of facts above, or if you swallow the excuse that the current 2A infringement push is an organic reaction to Sandy Hook, you are failing yourself, your family and Tribe.

Remember this is a polygonal battlespace.  Remember the Marxists and their tools of Government are very sophisticated and experienced at infiltrating their enemies and laying the ground for multi-faceted strikes and mis-direction.  Remember that the Marxist push to kill America is more than 150 years old, and the players of the game are generational in their thinking.  Is it time for the Final Phase?  Is this their moment to strike and throat-punch America since our fundamentals are so compromised, and impose their Marxist will openly and to declare American Liberty is dead?

2A is a known trigger for War in America, among Americans.  That trigger is being stroked hard right now.

The very concept of secession in America carries the racial baggage of 1860, and secession is being engaged by the highest office in America.

Racial and Class enmities are being stroked hard by this Administration.

The recent intrusion of very vocal Christian Identity racists into the Liberty sphere helps re-enforce the stereotype that the Liberty Movement is all about race mongering, and race mongerers are enemies of modern America, just as they were in 1860...

Marxists hold every significant facet of persuasion in American life: Government, Academia, Media, financial markets/investors/bankers, and even our citizenry has been enlisted to be allies of Marxism as they are bribed with the fruits of your labors.

Possible Conclusion: RevWarIII is imminent.  It will be presented as finishing the noble work of Lincoln - eradicating racism and bigotry in America by eradicating the bitter clingers.

The real premise beneath the sales pitch is pure Marxism seeking to claim America as her final trophy.

There are many, many Sparklies being thrown into the air right now.  Don't get distracted.  Don't fall for the spin.  Liberty or Tyranny.  One will win.

The one person you can't afford to question, is the one in the mirror.

Rightful Liberty is the North Star.